AMES, Iowa – A semester full of talks will cover just about every angle of globalization: “Why Do I Need to Think Globally to be Effective in My Job?” “Technology and the Globalization of Opportunity,” “The Next Fifty Years,” “Reassessing Race and Sport within a Global Context,” and “It’s all Rock ‘n’ Roll to Me.” …Continue reading “Public invited to listen, learn from leaders in global technology, culture” 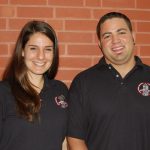 For Jessica Tobelmann and Adam Weaver, the countdown is on. They are general co-chairs of Engineers’ Week 2009, a celebration of engineering, which officially begins September 14. For the past year, they have overseen the efforts of five subcommittees and more than 50 committee members as activities, centered on the theme Rising Together We Can…, …Continue reading “E-Week 2009—Rising together we can…”

AMES, Iowa – Iowa State University researchers have so far won 19 grants worth a total of $7.7 million from federal agencies awarding money from the American Recovery and Reinvestment Act. The grants range from $2 million for a study of a bio-engineering technology that could produce biological hydrocarbons for biofuels to $600,000 for a …Continue reading “Engineers among faculty attracting $7.7 million in American Recovery and Reinvestment Act grants” 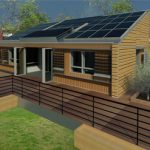 AMES, Iowa — After 18 months of hard work, Iowa State University’s Solar Decathletes are ready to show off their achievement: the solar-powered Interlock House, which they designed and built for the U.S. Department of Energy’s Solar Decathlon in Washington, D.C., in October. The team will host an open house for the public from 2 …Continue reading “Tour solar house designed and built by ISU students on Aug. 29”

Biorenewable technologies are everybody’s business. That’s why Iowa State’s two-week Intensive Program in Biorenewables brings to campus a diverse set of top students from different academic, ethnic, and economic backgrounds to wrap their heads around critical issues in the field. 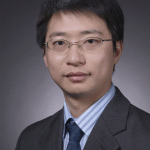 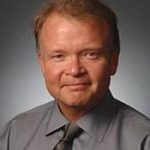 David Grewell, an assistant professor of agricultural and biosystems engineering, was awarded one of seven Grow Iowa Values Fund grants for his work in high-powered ultrasonics. Read more about the grant awards.